There has been a drastic evolution since the first antivirus software emerged in the 1980s. In the succeeding decades, cyber threats, modes of transmission, consumer tech, IT, and the rise of the internet have contributed to the changing antivirus landscape.

The cybercrime industry has grown exponentially as well. Gone are the days when malware producers and hackers used to work in hiding in their basements. Now it’s a lucrative industry that’s growing rapidly.

Even though antivirus software has played a central role in combating these threats and protecting internet users, there’s still a gap that leaves them vulnerable. That gap is what Next-Gen antivirus hopes to fill.

This blog will highlight how Next-Gen antivirus is different from traditional ones and why business leaders are choosing them.

Next-Gen antivirus performs cutting-edge threat detection and finds all the signs of malicious behavior in contrast to traditional antivirus that focused only on recognized malware attributes in files. Next-Gen antivirus uses machine learning and a predictive model to establish analytics that detects malware before compromising security protocols.

How does it Work?

The Next-Generation antivirus uses a combination of machine learning, artificial intelligence, and other behavioral detection algorithms to identify any looming threats. The cloud-based system simplifies management and provides frequent updates that effectively combat evolving techniques and behaviors employed by cybercriminals like hackers and scammers.

Unlike conventional antivirus software, the Next-Gen antivirus detects any malicious activity using a systematic approach that evaluates each process to its endpoint. This enables Next-Gen antivirus to proactively detect and block the advances made by hackers and scammers.

When comparing both the software, it’s clear that Next-Gen antivirus provides a more effective means of identifying and preventing unknown malware and sophisticated cyber-attacks such as ransomware and file-less attacks.

Next-Gen antivirus helps businesses stay one step ahead of cybercriminals.

Before choosing antivirus software for your business, read expert reviews at Anonymistic. Our in-house experts test and use software to save the reader’s time and offer them authentic antivirus reviews and guides. 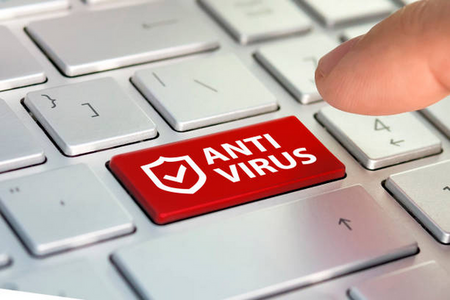 What’s The Difference Between Malware and Ransomware?

Best VPN for Android in UAE

February 1, 2022
Previous Story
We use cookies to ensure that we give you the best experience on our website. If you continue to use this site we will assume that you are happy with it.Ok