F1 TV is probably the most popular platform for live streaming Formula 1 races at home. It’s quite convenient, cheap and works on all major operating systems. That said, the issue with F1 TV is it’s geo-restrictions. Due to copyright rules, you’ll find that F1 TV is blocked in certain regions. Which is why you’ll need to use an F1 TV VPN to get around the geo-blocks and stream the races live.

Geo-restrictions and blocks on streaming Formula 1 races have long been a nuisance to fans around the world. A VPN will help you get around those pesky restrictions. However, keep in mind that not all VPNs work with F1 TV. In fact, due to F1 TV’s aggressive blocks on VPN servers, very few VPNs are actually able to unblock the service.

We tested 20 of the top VPNs in the business with F1 TV and F1 TV Pro so that we can determine once and for all, which VPN is the best F1 TV VPN.

Here’s our quick rundown of the top 5 VPNs you can use to unblock F1 TV and live stream Formula 1 races:

NordVPN: Is currently the best F1 TV VPN. We were able to unblock F1 TV and F1 TV Pro using NordVPN’s high speed servers. This VPN has the ability to bypass geo-restrictions from F1 TV and any other website or service as well. If you’re looking for a VPN to get around internet censorship and geo-blocks, NordVPN is definitely the way to go.

Surfshark: A good second choice for streaming F1 TV. Surfshark has high speed servers equipped with the latest security features and protocols. It’s very easy to install and use. Additionally, Surfshark is a relatively cheap VPN considering the quality it offers.

CyberGhost: A great all-around VPN. CyberGhost was able to successfully bypass F1 TV geo-blocks and grant us access to live streams in HD quality. On top of that, you can use CyberGhost effectively for low latency gaming, streaming, torrenting, and general browsing.

Private Internet Access: With more 10 years of experience in the VPN business, PIA is one of the most reliable VPN services out there. We were able to stream F1 TV races without any buffering. Also noteworthy, PIA has the largest server network among all VPN providers with 25000+ server locations around the world.

ExpressVPN: An excellent choice for streaming F1 TV from anywhere. ExpressVPN is one of the most popular VPNs on the market with around 3 million users worldwide. It can unblock any website or service with ease. Also, the ExpressVPN app includes advanced security features and the latest VPN protocols for added protection. That said, it’s a bit more pricey than the other 4 VPNs in this list.

Unfortunately, F1 TV isn’t available everywhere. That’s because they have to maintain their cable TV deals and copyright agreements. So, if you’re one of the unlucky Formula 1 fans that lives in a country where a TV station or media company has purchased the rights to broadcast Formula 1 races, then you won’t be allowed to stream F1 TV.

F1 TV checks your IP address and identifies your physical location based on that IP. If you’re in a country where F1 TV isn’t allowed, then you’ll get blocked. The error message you’ll receive will say something like this: “You are in an unsupported region. F1TV isn’t currently available for every territory. Whilst you are in an unsupported region, you won’t be able to access F1TV. We apologize for any inconvenience“.

In order to bypass these geographic restrictions, you need a VPN that works with F1 TV.

How does an F1 TV VPN work?

An F1 TV VPN is a VPN that’s optimized to bypass F1 TV’s geo-restrictions so you can watch all the races live from anywhere. So you might be wondering, how does an F1 TV VPN work?

It’s quite simple really, since your IP address gives away your physical location, all the VPN has to do is change your IP address to a new one. This process is also known as spoofing your location, it’s very effective in bypassing geo-restrictions and IP-based blocks.

A VPN allows you to connect to a server located in a different country, one that allows F1 TV. Once connected, your IP address is switched to that of the server you’re connected to. Therefore, when you attempt to access F1 TV, you won’t be blocked. You can check if F1 TV content is allowed in your country here.

That said, F1 TV constantly tries to identify and block IP addresses that are known to belong to VPNs. Elite VPN providers have found ways to get around these blocks by using residential IP networks. These residential IPs belong to legitimate users, which allows VPN users to appear as legitimate.

How to choose the best F1 TV VPN

When trying to choose an F1 TV VPN, we look at these 5 main features:

According to these criteria, we went ahead and tested over 30 VPN service providers with F1 TV and F1 TV Pro. Out of the 30 VPNs tested, we picked out the top 5 F1 TV VPNs. Check out our list below so you can make an informed decision when it comes to getting a VPN that works with F1 TV.

Does NordVPN work with F1 TV? We tested it, yes it does. In fact, it’s the best F1 TV VPN you can get. The reason we recommend NordVPN at the top of this list is the combination of excellent unblocking ability, fastest speed test results, and very reasonable price.

We tested NordVPN with F1 TV on PC, Mac, iPhone, Android, Android TV, and Amazon Firestick, it worked without a hitch. We were able to stream both live and archived races with our F1 TV subscription. It also works with an F1 TV Pro subscription just the same. Additionally, we were able to successfully access F1 TV using NordVPN’s Smart DNS on our Apple TV.

That’s not all you can use NordVPN for, it’s also a good VPN for gaming, torrenting, secure browsing and more. Take a look at the main features it offers below:

In second place, Surfshark can also unblock F1 TV from anywhere. Our testing was successful, we were able to stream F1 TV in full HD without any buffering, all while connected to a Surfshark server.

The reason Surfshark fell to the second place is because it recorded slightly slower bandwidth speeds than NordVPN. However, when it comes to unblocking F1 TV, the quality is almost identical.

Surfshark offers many unique features and a very competitive price with regular discounts. Check out some of it’s main features below:

CyberGhost – High quality VPN for F1 at a cheap price

For a relatively cheap price, this VPN is quite frankly a bargain. The apps are easy to install and even easier to use. You can even install it directly on your router, covering all your home devices.

Take a look at the main features you’ll be getting with CyberGhost:

Private Internet Access (PIA) is a US-based VPN service provider with over 10 years of experience in the VPN industry. If there’s anyone that can bypass F1 TV’s geo-restrictions, it’s PIA. So, we went ahead and put our trust in PIA to the test. The results? It works with F1 TV and F1 TV Pro in full HD without any hint of buffering or slow loading.

Furthermore, PIA is one of the most secure VPNs on the market. It offers advanced security and privacy features along with military grade encryption. However, the one disadvantage for PIA is that it’s in the US where companies can be forced to give up information about their users. That said, unless you’re doing something illegal, you’ll be fine.

Last on our list is ExpressVPN, though not because it’s a bad or slow VPN. In fact it’s one of the best performing VPNs available. We were able to unblock F1 TV and stream live races in our browser and on our mobile apps as well.

The reason ExpressVPN is at the bottom of this list is it’s price. It’s a bit more expensive than the other 4 options and it basically offers a similar quality of service. That said, their apps are really good. Some users don’t mind paying a bit more for a better looking app with more fancy features.

If you want to watch F1 TV, using Smart DNS is a good option. Smart DNS, can also bypass geo-restrictions just like VPNs do. The difference between the two is that Smart DNS only routes your DNS requests, leaving your remaining traffic untouched. That also means Smart DNS doesn’t apply any form of encryption or security measures.

In some cases, Smart DNS is the only solution, when using devices that don’t support VPN connections such as Apple TV, Xbox and PlayStation consoles. In fact, speed is one of the advantages of using Smart DNS. That’s because it routes less traffic without any encryption, which results in less network congestion and higher bandwidth speeds.

We recommend trying the NordVPN Smart DNS solution, it’s very reliable and works right away. We tested it on several devices and we were able to unblock F1 TV without any issues or errors.

Yes, with the right VPN, you can unblock F1 TV and watch the races live. Keep in mind that you need a VPN that is specifically optimized for F1 TV. Which is why we tested F1 TV with several VPNs and made our recommendations above. Try NordVPN with F1 TV, it has a 30-day money-back guarantee.

Yes surely, If you have a VPN that works with F1 TV and F1 TV Pro, you can stream the races live from the UK. The process is the same, you just need to connect to a VPN server in a location that allows F1 TV.

Absolutely not, free VPNs can’t bypass geo-restrictions. Not only that, they’re also extremely slow with limited server locations and low security standards. You’d be risking a lot just trying a free VPN once.

Is it legal to use a VPN to stream F1 TV?

It’s 100% legal to use a VPN to unblock F1 TV and watch the races. No matter where you are in the world, there is no law against using a VPN to stream F1 TV.

Can I use the F1 TV VPN on any streaming device?

Yes, you can download and install your VPN app on any major operating system including Windows, Mac, iOS, Android, Routers, Firestick, Linux and more. All you need is your VPN app alongside your F1 TV app and you’re good to go.

If you want to experience some action and watch formula 1 Races online, you won’t find a better choice than F1 TV. With the geo-blocks and location restrictions, this used to be an issue. But, no more! Get your hands on an F1 TV VPN and enjoy unlimited Formula 1 races live.

We tested over 30 VPNs and came up with a list of the top 5 best performers when it comes to streaming F1 TV races. No need for you to go through the trials and tribulations of finding a VPN that works with F1 TV, we’ve done it for you.

ExpressVPN Not Working With MLB TV? Here’s A Quick Fix 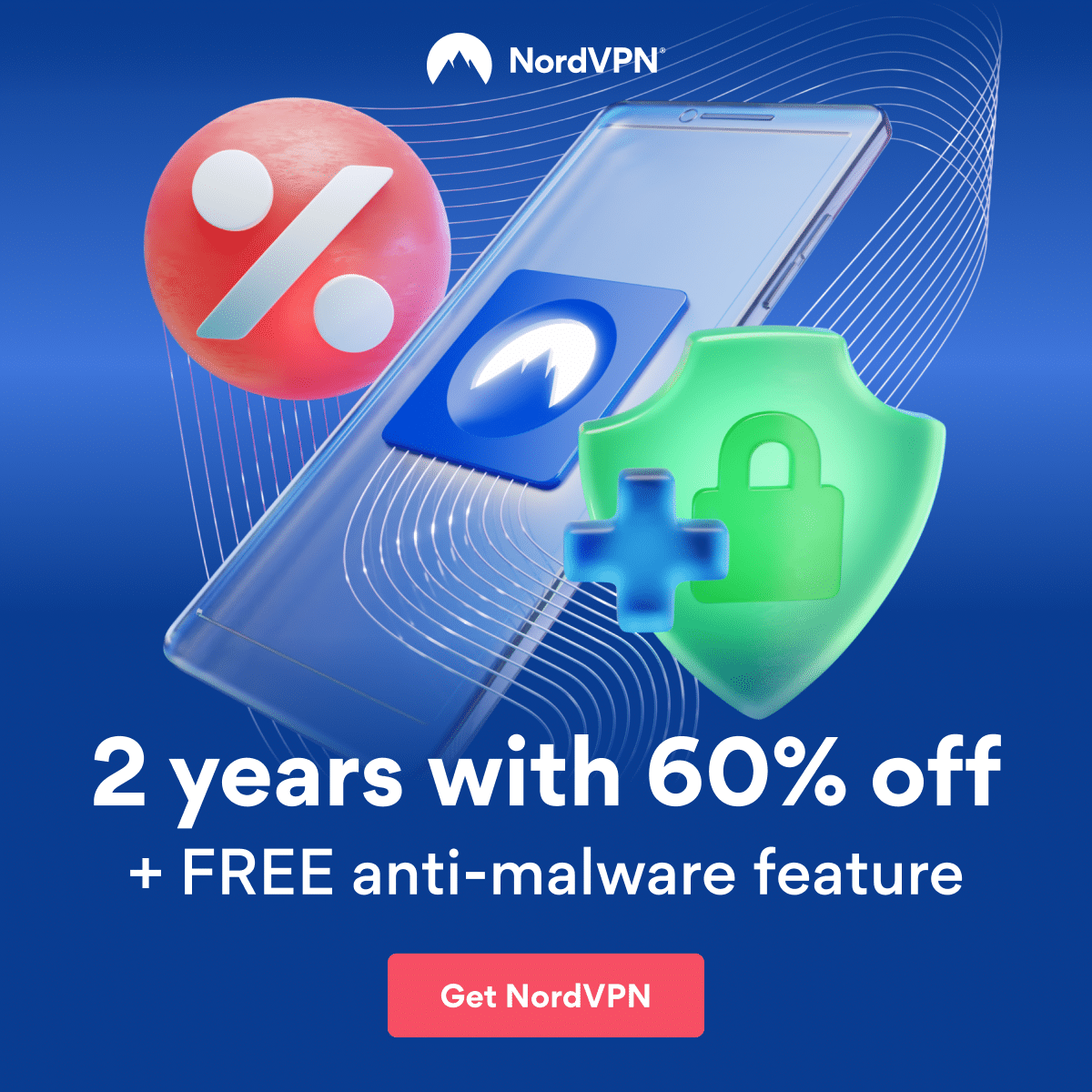